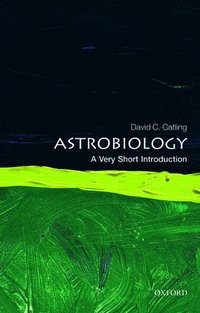 The Skeptic, Norman Hansen Although this is a very short introduction, it is very comprehensive. The subject is introduced and pursued with a workman-like manner, getting down to the essentials directly.

<br>David C. Catling, Deptartment of Earth and Space Sciences and Astrobiology Program, University of Washington, Seattle, USA. <br>David Catling is a Professor of Earth and Space Sciences. After a doctorate at the University of Oxford, he worked as a planetary scientist at NASA's Ames Research Center near San Francisco, from 1995-2001. In 2001, he was appointed as one of the world's first astrobiology professors at the University of Washington in Seattle. From 2005-2008, Prof. Catling was European Union Marie Curie Chair in Earth System and Planetary Studies at the University of Bristol, before returning to Seattle in 2009. He has taught astrobiology courses for over a decade and has published over eighty papers and articles in areas ranging from the geology of Mars, to the biochemistry of complex life, to the co-evolution of Earth's atmosphere and biosphere.<br>

1. What is astrobiology? ; 2. From stardust to planets, the abodes for life ; 3. Origins ; 4. From slime to sublime ; 5. Life: a genome's way of making more and fitter genomes ; 6. Life in the solar system ; 7. Far-off worlds, distant suns ; 8. Controversies and prospects