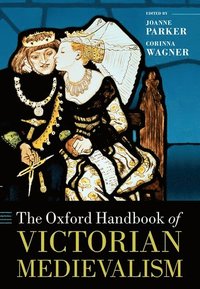 The Oxford Handbook of Victorian Medievalism

Joanne Parker is Associate Professor of Victorian Literature and Culture at the University of Exeter. Her previous publications include England's Darling: The Victorian Cult of Alfred the Great (Manchester University Press, 2007) and Britannia Obscura: Mapping Hidden Britain (Jonathan Cape, 2014), which was one of 12 books long-listed for the Thwaites Wainwright Prize, 2014. She has also published on the Victorian legends of Robin Hood and King Arthur, on the nineteenth-century reception of prehistoric megaliths, on the Victorians and the Battle of Brunanburgh, and on the late nineteenth-century obsession with live gibbetting. Corinna Wagner is Associate Professor of Literature and Visual Culture at the University of Exeter. Her publications on the subject of medicine and the arts include Pathological Bodies: Medicine and Political Culture (University of California, 2013) and A Body of Work: An Anthology of Poetry and Medicine (Bloomsbury, 2016). More recently, she has contributed chapters to Literature and the History of Medicine (Cambridge, 2019), The Cambridge History of the Gothic (2019), and The Anatomy of the Image: Perspectives on the (Bio)medical Body in Science, Literature, Culture and Politics (Brill, 2020). She has also published on gothic revival architecture, and the relationship between science, the gothic, and medievalism.