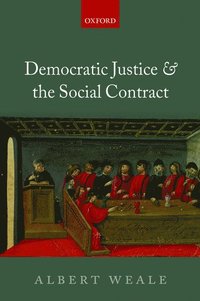 Democratic Justice and the Social Contract

Thomas A. Spragens Jr, Duke University, The Review of Politics I would recommend Weales empirically derived model of democratic justice to those interested in this important topic as a thoughtful, credible, and valuably provocative theory worthy of their attention and considered response.