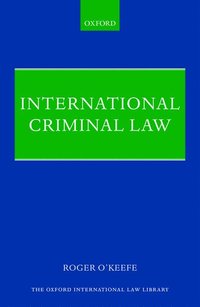 Mark Mackarel, Edinburgh Law Review O'Keefe's book is an excellent addition to the literature available on the subject... It provides essential breadth of coverage for those new to this field of law and excellent analysis of substantive law and principle to support both practitioners and students.