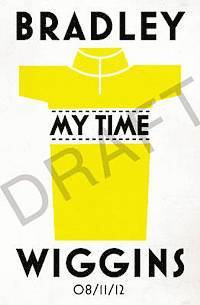 av Bradley Wiggins
Inbunden Engelska, 2012-11-08
259
Köp
Spara som favorit
Skickas inom 5-8 vardagar.
Gratis frakt inom Sverige över 159 kr för privatpersoner.
Finns även som
Visa alla 2 format & utgåvor
On 22 July 2012 Bradley Wiggins made history as the first British cyclist to win the Tour de France. Ten days later at the London Olympic Games he won the time trial to become his country's most decorated Olympian. In an instant 'Wiggo', the kid from Kilburn, was a national hero. Two years previously, however, Wiggins had been staring into the abyss. His much-hyped attempt to conquer the 2010 Tour de France had ended in public humiliation. Poor results and indifferent form left him facing the sack from Team Sky. And then he was hit with the tragic news of the death of his granddad, George, the man who had raised him as a young boy. At rock bottom, Wiggins had to reach deep inside himself and find the strength to fight his way back. Outspoken, honest, intelligent and fearless, Wiggins has been hailed as the people's champion. In My Time he tells the story of the remarkable journey that led him from his lowest ebb to win the world's toughest race. In his own words he reveals the personal anguish that has driven him on and what it's like behind the scenes at Team Sky: the brutal training regimes, the sacrifices and his views on his teammates and rivals. He talks too about his anger at the spectre of doping that pursues his sport, how he dealt with the rush of taking Olympic gold and above all what it takes to be the greatest.
Visa hela texten

"Revealing and compelling... Events that we thought we'd seen from every angle are given a fresh twist" -- Tim Lewis Observer "Like the man himself, captivating" -- Simon Yeend Daily Express "We get raw thrilling Wiggins, as if we're his mates in the pub as he tells us how he won the Tour de France and Olympic gold for afters" -- Nick Pitt Sunday Times "Listening to Bradley Wiggins is a pleasure unmatched in British sport. Whether the topic is gearing or psychology, Wiggins speaks in paragraphs of pure practical wisdom, liberally peppered with swearwords... The latest reflections from the sage of Kilburn ring true and clear" -- Rowland Manthorpe Sunday Telegraph "It bristles with details of his sinew-straining dedication and the almost maniacal attention to detail that powers any athlete to legend status" -- Charlotte Heathcote Sunday Express

Bradley Wiggins grew up in Kilburn in London. As a junior he won the World Junior Pursuit title before going on to win seven Olympic medals including four gold medals spanning four games, and seven World Track Championship titles. In 2012 he became the first Briton to win the Tour de France, a feat that Sir Chris Hoy described as 'the greatest sporting achievement' by a British athlete. He was awarded the OBE in the 2005 New Year's honours list and the CBE in 2009. He currently lives in the north-west of England with his wife, Cath, and their two children, Ben and Isabella.