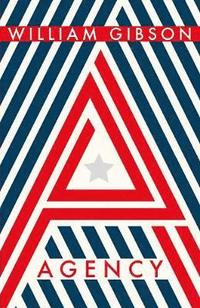 av William Gibson
(2 röster)  |  Läs 1 recension
Inbunden Engelska, 2020-01-23
219
Köp
Spara som favorit
Finns även som
Visa alla 2 format & utgåvor
THE SUNDAY TIMES TOP TEN NOVEL FROM THE INTERNATIONALLY BESTSELLING AUTHOR OF NEUROMANCER 'Dazzling, astoundingly inventive' The Times 'Wild, richly satisfying' Guardian 'Terrific' Spectator _______________ San Francisco, 2017. Clinton's in the White House, Brexit never happened - and Verity Jane's got herself a new job. They call Verity 'the app-whisperer,' and she's just been hired by a shadowy start-up to evaluate a pair-of-glasses-cum-digital-assistant called Eunice. Only Eunice has other ideas. Pretty soon, Verity knows that Eunice is smarter than anyone she's ever met, conceals some serious capabilities and is profoundly paranoid - which is just as well since suddenly some bad people are after Verity. Meanwhile, in a post-apocalyptic London a century from now, PR fixer Wilf Netherton is tasked by all-seeing policewoman Ainsley Lowbeer with interfering in the alternative past in which Verity and Eunice exist. It appears something nasty is about to happen there - and fixing it will require not only Eunice's unique human-AI skillset but also a little help from the future. A future which Verity soon fears may never be . . . _______________ 'One of the most influential writers around...with Gibson's trademark panache, the story rattles along with great pace and suspense' Sunday Times 'One of our greatest science-fiction writers' New York Times 'A sensual, remarkably visual ride, vigorous with displays of conceptual imagination and humour' The Guardian 'Among our most fascinating novelists' Daily Telegraph 'Gibson is a prophet and a satirist, a black comedian and an astounding architect of cool' Spectator 'One of the most visionary, original, and quietly influential writers currently working' Boston Globe 'His eye for the eerie in the everyday still lends events an otherworldly sheen' New Yorker 'Engaging, thought-provoking and delightful... [Gibson] can always be counted on to show us our contemporary milieu rendered magical by his unique insights, and a future rendered inhabitable by his wild yet disciplined imagination' The Washington Post 'Gibson blurs the line between real and speculative technology in a fast-paced thriller that will affirm to readers that it was well worth the wait' Booklist 'Typically visionary, yet plausible and thrilling too' I Paper 'If you're one of those who sees Gibson as a visionary, it's time to be scared - the scenarios he's playing with here don't make for comfort reading' SFX magazine
Visa hela texten

William Gibson is credited with having coined the term "cyberspace" and having envisioned both the Internet and virtual reality before either existed. His first novel Neuromancer sold more than six million copies worldwide, and Count Zero and Mona Lisa Overdrive completed the trilogy. He has written six further novels about the strange contemporary world we inhabit. His most recent novels include Spook Country, Zero History and The Peripheral. His non-fiction collection, Distrust That Particular Flavour, compiles assorted writings and journalism from across his career.