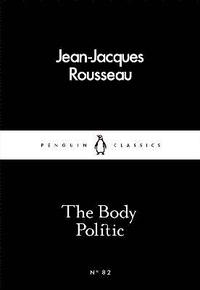 av Jean-Jacques Rousseau
(1 röst)
Häftad Engelska, 2016-03-03
35
Köp
Spara som favorit
Skickas inom 5-8 vardagar.
Fri frakt inom Sverige över 159 kr för privatpersoner.
Finns även som
Visa alla 1 format & utgåvor
'No true Democracy has ever existed, nor ever will exist.' In this selection from The Social Contract, Rousseau asserts that a state's only legitimate political authority comes from its people. One of 46 new books in the bestselling Little Black Classics series, to celebrate the first ever Penguin Classic in 1946. Each book gives readers a taste of the Classics' huge range and diversity, with works from around the world and across the centuries - including fables, decadence, heartbreak, tall tales, satire, ghosts, battles and elephants.
Visa hela texten

Jean-Jacques Rousseau was born in Geneva in 1712. He spent much of his life travelling around Switzerland and France, working variously as a footman, seminarist and tutor. His writings included entries on music for Diderot's Encyclopedie, the novels La nouvelle Heloise (1761) and Emile (1762), and numerous political and philosophical texts. He also fathered five children - all of whom he abandoned to a foundling home - by Therese Levasseur, a servant girl. The crowning achievement of his political philosophy was The Social Contract, published in 1762. That same year he wrote an attack on religion that resulted in his exile to England. In 1770 Rousseau completed his Confessions. His last years were spent largely in France where he died in 1778.