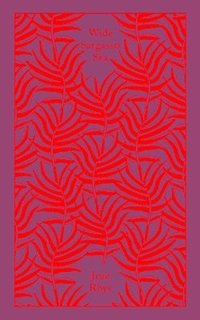 av Jean Rhys
Inbunden Engelska, 2016-10-06
169
Köp
Spara som favorit
Skickas inom 5-8 vardagar.
Fri frakt inom Sverige för privatpersoner.
Finns även som
Visa alla 6 format & utgåvor
One of the BBC's '100 Novels That Shaped Our World' A gorgeous clothbound edition of Jean Rhys's great masterpiece of desire and madness in the Caribbean, published for the novel's fiftieth anniversary. Born into the oppressive, colonialist society of 1930s Jamaica, white Creole heiress Antoinette Cosway meets a young Englishman who is drawn to her innocent beauty and sensuality. After their marriage, however, disturbing rumours begin to circulate which poison her husband against her. Caught between his demands and her own precarious sense of belonging, Antoinette is inexorably driven towards madness, and her husband into the arms of another novel's heroine. This classic study of betrayal, a seminal work of postcolonial literature, is Jean Rhys's brief, beautiful masterpiece. 'She took one of the works of genius of the nineteenth century and turned it inside-out to create one of the works of genius of the twentieth century' Michele Roberts, The Times
Visa hela texten

Jean Rhys was born in Dominica in 1894. After arriving in England aged sixteen, she became a chorus girl and drifted between different jobs before moving to Paris, where she started to write in the late 1920s. She published a story collection and four novels, after which she disappeared from view and lived reclusively for many years. In 1966 she made a sensational comeback with her masterpiece, Wide Sargasso Sea, written in difficult circumstances over a long period. Rhys died in 1979.