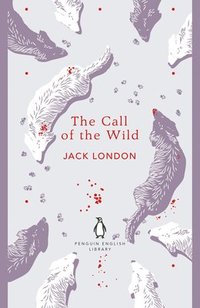 The Call of the Wild

av Jack London
Häftad Engelska, 2018-06-07
85
Köp
Spara som favorit
Skickas inom 7-10 vardagar.
Fri frakt inom Sverige över 159 kr för privatpersoner.
Finns även som
Visa alla 8 format & utgåvor
'The facts of life took on a fiercer aspect and, while he faced that aspect uncowed, he faced it with all the latent cunning of his nature aroused.' The biting cold and the aching silence of the far North become an unforgettable backdrop for Jack London's vivid, rousing, superbly realistic wilderness adventure stories featuring the author's unique knowledge of the Yukon and the behavior of humans and animals facing nature at its cruelest. The Penguin English Library - collectable general readers' editions of the best fiction in English, from the eighteenth century to the end of the Second World War.
Visa hela texten

Bloggat om The Call of the Wild

Jack London (1876-1916) was born John Chaney in California USA. In 1896 he was caught up in the gold rush to the Klondike river in north-west Canada, which became the inspiration for The Call of the Wild (1903) and White Fang (1906). Jack London became one of the most widely read writers in the world.