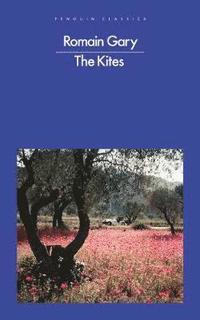 av Romain Gary
Häftad Engelska, 2018-05-03
219
Köp
Spara som favorit
Skickas inom 3-6 vardagar.
Fri frakt inom Sverige för privatpersoner.
Finns även som
Visa alla 1 format & utgåvor
A New York Times Notable Book 2018 'A rebel French writer ... a brilliant storyteller, a master craftsman and one of France's most original writers' Independent 'The Kites is a novel touched from beginning to end with grace, a great saga about the innate dignity of love that succeeds in the feat of being funny and poetic, tender and sharp, committed and fierce, with a touch of brilliance in the art of dialogue' Muriel Barbery, author of The Elegance of the Hedgehog A quiet village in Normandy, 1932. Ludo is ten years old and lives with his uncle, a kindly, eccentric creator of elaborate kites. One day, sitting in a strawberry field, Ludo meets the beautiful young Polish aristocrat Lila. And so begins Ludo's lifelong adventure of love and longing for Lila, who only begins to return his feelings just as Europe descends into the devastation of World War 2. After Poland and France fall, Lila and Ludo are separated. Ludo's friends in the village must find their own ways of resisting: the local restaurateur who is dedicated above all to France's haute cuisine, a Jewish brothel madam who sleeps with her unwitting enemies and Ludo, who cycles past the Nazis every day, passing on messages for the French Resistance - thinking always of Lila.
Visa hela texten

We can weep while reading this joyful novel -- Alan Moses * The Times Literary Supplement * Captures [Romain Gary's] slightly absurd gallantry, his humor and compassion, and his love of all things French. * Haaretz * A hugely enjoyable read * Spectator * What emerges, overwhelmingly, is the sense that, in Gary's hands, fiction itself is a form of resistance. * The Guardian * What struck me the most on reading The Kites was the energy and fervour needed to write such a text at a time when the author was so close to ending his own life. How do you create such an explosion of life and love when you are overwhelmed with the desire to die? The Kites is a novel touched from beginning to end with grace, a great saga about the innate dignity of love that succeeds in the feat of being funny and poetic, tender and sharp, committed and fierce, with a touch of brilliance in the art of dialogue and situations that avoid the twofold temptation of sentimentality and moral lesson. He mixes the spirit of childhood with the acute intelligence of the mature man. He utilises frivolity and virtuous irony to give the tragedy of life its depth and greatness - and this eloquence, this taste for language and beauty in the shadow of death demonstrates the power of literature. So, after having mixed with a memorable crowd of truculent, touching, spectacular and comical characters, you finish the text with a lingering feeling of enchantment in spite of all the bereavements and adversities. -- Muriel Barbery An extraordinary novel about lost love, memory, resistance to tyranny and individual lives caught up in the rush of history -- D. J. Taylor More than a humorist, more than a storyteller, he's a moralist, an independent and significant student of the struggle to tell right from wrong, good conduct from bad. This struggle took place within a life that was, as people like to say, itself as good a story as any novel that he wrote -- Adam Gopnik * The New Yorker * Gary is brilliant at capturing the existential emotion for which the title of "The Kites" is an obvious metaphor -- sky-bound yet tethered by that string. -- Gal Beckerman * New York Times Book Review * A truly beautiful novel -- David Bellos What a gold mine! -- Jean Paul Sartre What talent, most certainly, how many ideas and passions too. You seize us and shake us. Ah! -- Charles de Gaulle A rebel French writer ... a brilliant storyteller, a master craftsman and one of France's most original writers * Independent * A major literary star ... whose life was stranger than fiction * Guardian * Romain Gary has created a gallery of heroes who are willing to die for liberty but have to settle for the lesser victory of self-knowledge * Time * This final work by a maverick genius of modern French fiction tells a story of love and war that's both charming and moving. It's a perfect introduction to the unique imagination of Romain Gary -- Boyd Tonkin The Kites is indeed a treasure, capable of accessing an enormous node of insight and almost-overwhelming beauty spliced with bittersweet candor... we are lucky to have it at last. We're going to need it. * BOMB Magazine *

Romain Gary was one of the most important French writers of the 20th century. He won the once-in-a-lifetime honour the Prix Goncourt twice, the only person ever to have done so, by writing under a secret nom de plume. He was married to the American actress Jean Seberg and served in the RAF during WW2. He died in Paris in 1980 from a self-inflicted gunshot wound, shortly after completing this haunting last work.