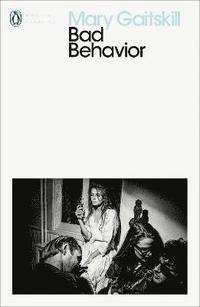 Quite honestly changed my life... I cannot believe I was 32 before I discovered it. I just thought it was one of the most amazing things I'd ever read and it now lives on my desk so that I can revisit it any time -- Pandora Sykes * The High Low * Razor-sharp brilliance -- D. M. Thomas Pinteresque...Ms. Gaitskill writes with such authority, such radar-perfect detail, that she is able to make even the most extreme situations seem real...[her] reportorial candor, uncompromised by sentimentality or voyeuristic charm...underscores the strength of her debut -- Michiko Kakutani Stubbornly original, with a sort of rhythm and fine moments that flatten you out when you don't expect it, these stories are a pleasure to read -- Alice Munro

Mary Gaitskill is the author of the story collections Bad Behavior, Because They Wanted To (nominated for the PEN/Faulkner Award), and Don't Cry, the novels The Mare, Veronica (nominated for the National Book Award), and Two Girls, Fat and Thin, and a collection of essays, Somebody With A Little Hammer. Her stories and essays have appeared in The New Yorker, Harper's, Artforum, and Granta, among many other journals, as well as in The Best American Short Stories and The O. Henry Prize Stories.