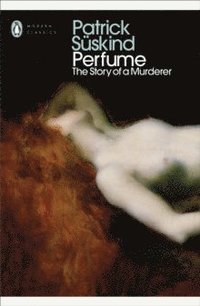 av Patrick Suskind
Häftad Engelska, 2020-02-06
118
Köp
Spara som favorit
Finns även som
Visa alla 3 format & utgåvor
'Witty, stylish and ferociously absorbing' Observer Jean-Baptiste Grenouille is abandoned on the filthy streets of eighteenth-century Paris as a baby, but grows up to discover he has an extraordinary gift: a sense of smell more powerful than any other human's. Gradually he learns how to exploit this gift in the art of creating the most sublime perfumes in France. Yet there is one scent he cannot capture: the scent of an innocent young virgin. In order to perfect his experiments, he must have this final ingredient, at any cost. A cult international bestseller, Perfume is a bewitching, darkly humorous fable of desire, obsession and death.
Visa hela texten

Patrick Suskind was born near Munich in 1949 and studied medieval and modern history at the University of Munich. His first play, The Double Bass, was written in 1980 and became an international success. His first novel, Perfume was also an internationally acclaimed bestseller and continues to be considered a classic. He is also the author of The Pigeon and Mr. Summer's Story, and a coauthor of the enormously successful German television series Kir Royal. Patrick Suskind lives and writes in Munich.