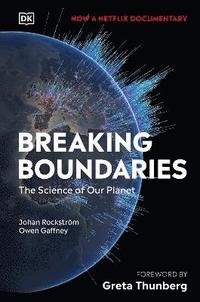 The Science of Our Planet

av Johan Rockstroem, Owen Gaffney
(1 röst)  |  Läs 1 recension
Inbunden Engelska, 2021-05-06
142
Köp
Spara som favorit
On the brink of a critical moment in human history, this book presents a vision of "planetary stewardship" - a rethinking of our relationship with our planet - and plots a new course for our future. The authors, whose work is the subject of a new Netflix documentary released in summer 2021 and narrated by Sir David Attenborough, reveal the full scale of the planetary emergency we face - but also how we can stabilise Earth's life support system. The necessary change is within our power if we act now. In 2009, scientists identified nine planetary boundaries that keep Earth stable, ranging from biodiversity to ozone. Beyond these boundaries lurk tipping points. To stop short of these tipping points, the 2020s must see the fastest economic transition in history. This book demonstrates how societies are reaching positive tipping points that make this transition possible: Activism groups such as Extinction Rebellion, or the schoolchildren inspired by Greta Thunberg demand political action; countries are committing to eliminating greenhouse gas emissions; and one tipping point has even already passed - the price of clean energy has dropped below that of fossil fuels. Inside the pages of this scientifically-led publication, world-leading climate-change experts explain the greatest crisis humanity has ever faced. - Expert-authored text in an accessible style for both adults, and children ages 14+ - A breakdown of the 9 planetary boundaries for relative stability on Earth, ranging from biodiversity to the ozone layer - An exploration of climate "tipping points" - good and bad - Stunning infographics and images visualising the problems and solutions to climate change - Contains detailed and unique images of Earth produced by Globaia, the world's leading visualisers of human impact
Visa hela texten

Johan Rockstroem is a leading global sustainability scientist and chief scientist at Conservation International. He has published several books, presented three TED talks, and, other than the Netflix/WWF production Our Planet, he has worked with James Cameron, Leonardo DiCaprio, and others on several major films and TV productions. Owen Gaffney is a science writer, journalist, and global sustainability expert who co-founded the Future Earth Media Lab and Rethink.Earth. A regular writer for New Scientist, he is also on the editorial board of Anthropocene Magazine.