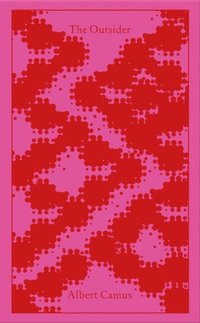 av Albert Camus
Inbunden Engelska, 2022-06-02
161
Köp
Spara som favorit
Finns även som
Visa alla 4 format & utgåvor
Albert Camus' existentialist masterpiece, now in a wonderful new Clothbound Classics edition In The Outsider, his classic existentialist novel, Camus explores the alienation of an individual who refuses to conform to social norms. Meursault, his anti-hero, will not lie. When his mother dies, he refuses to show his emotions simply to satisfy the expectations of others. And when he commits a random act of violence on a sun-drenched beach near Algiers, his lack of remorse compounds his guilt in the eyes of society and the law. Yet he is as much a victim as a criminal.
Visa hela texten

Albert Camus (1913-60) grew up in a working-class neighbourhood in Algiers. He studied philosophy at the University of Algiers, and became a journalist. His most important works include The Outsider, The Myth of Sisyphus, The Plague and The Fall. After the occupation of France by the Germans in 1941, Camus became one of the intellectual leaders of the Resistance movement. He was killed in a road accident, and his last unfinished novel, The First Man, appeared posthumously.