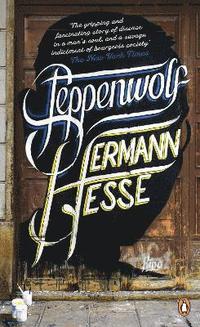 av Hermann Hesse
(1 röst)
Häftad Engelska, 2011-04-07
89
Köp
Spara som favorit
Finns även som
Visa alla 4 format & utgåvor
'The unhappiness that I need and long for . . . is of the kind that will let me suffer with eagerness and die with lust. That is the unhappiness, or happiness, that I am waiting for.' Alienated from society, Harry Haller is the Steppenwolf, wild, strange and shy. His despair and desire for death draw him into an enchanted, Faust-like underworld. Through a series of shadowy encounters, romantic, freakish and savage by turn, Haller begins to rediscover the lost dreams of his youth. Adopted by the Sixties counterculture, Steppenwolf captured the mood of a disaffected generation that was beginning to question everything.
Visa hela texten

The gripping and fascinating story of disease in a man's soul, and a savage indictment of bourgeois society * New York Times * Existential masterpiece * The Times * A profoundly memorable and affecting novel * New York Times *

Hermann Hesse was born in Calw, Germany, in 1877. After a short period at a seminary he moved to Switzerland to work as a bookseller. From 1904 he devoted himself to writing, establishing his reputation with a series of romantic novels. During the First World War he worked for the Red Cross. His later novels - Siddartha (1922), Steppenwolf (1927), Narziss und Goldmund (1930) and Das Glasperlenspiel (The Glass Bead Game, 1943) - poems and critical essays established him as one of the greatest literary figures of the German-speaking world. He won many literary awards including the Nobel Prize for Literature in 1946. Hermann Hesse died in 1962.