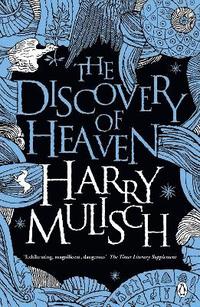 The Discovery of Heaven

av Harry Mulisch
Häftad Engelska, 2011-01-27
135
Köp
Spara som favorit
Finns även som
Visa alla 1 format & utgåvor
On a cold night in Holland two men meet and change each other's lives forever. Max Delius - a hedonistic, yet brilliant astronomer who loves fast cars, nice clothes and beautiful women - picks up Onno Quist, a cerebral chaotic philologist who cannot bear the ordinariness of everyday life. Despite their differences, they fast become great friends. And when they learn they were conceived on the same day, it is clear that their meeting is no coincidence. As the pair fall into and out of love with the same woman - Ada - so their lives become further intertwined. For all three are on a mysterious journey destined to shape human history. The Discovery of Heaven is internationally recognized as a masterpiece. Rich in philosophical, psychological, historical and theological enquiry, it is an extravagant, bold and satisfying novel of ideas.
Visa hela texten

Harry Mulisch was born in Holland in 1927 and has long been considered one of the greatest novelists of contemporary Dutch literature. His many works have been translated into over twenty languages, including his novel The Assault, the adaptation of which won the 1987 Oscar for Best Foreign Film. He died in November 2010.