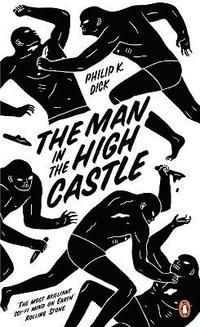 The Man in the High Castle

av Philip K Dick
(2 röster)
Häftad Engelska, 2014-08-14
96
Köp
Spara som favorit
NOW AN AMAZON ORIGINAL SERIES 'Truth, she thought. As terrible as death. But harder to find.' America, fifteen years after the end of the Second World War. The winning Axis powers have divided their spoils: the Nazis control New York, while California is ruled by the Japanese. But between these two states - locked in a cold war - lies a neutal buffer zone in which legendary author Hawthorne Abendsen is rumoured to live. Abendsen lives in fear of his life for he has written a book in which World War Two was won by the Allies. . .
Visa hela texten

The most brilliant sci-fi mind on any planet * Rolling Stone * California's own William Blake. Visionary and prophet. Novelist of ideas * Daily Telegraph *

Philip K. Dick was born in Chicago in 1928, but lived most of his life in California, briefly attending the University of California at Berkeley in 1947. Among the most prolific and eccentric of science fiction writers, Dick's many novels and stories all blend a sharp and quirky imagination with a strong sense of the surreal. By the time of his death in 1982 he had written 36 science fiction novels and 112 short stories. Notable titles amongst the novels include The Three Stigmata of Palmer Eldritch (1965), Do Androids Dream of Electric Sheep? (1968, later used as the basis for the film Blade Runner), Ubik (1969) and A Scanner Darkly (1977). The Man in the High Castle, perhaps his most painstakingly constructed and chilling novel, won a Hugo Award in 1963.