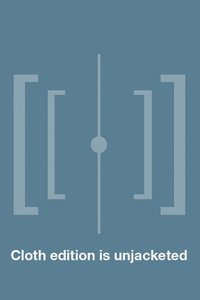 "This consistently clear and accessible collection includes fascinating case studies on film star Pearl White and the impact of the serial film format, examining an important but still under-examined area in early cinema."--Vicki Callahan, editor of Reclaiming the Archive: Feminism and Film History "A welcome addition to the scant literature on the circulation of film stars and genres across the globe during the early 20th century. . . . a fascinating snapshot of the cultures and cinemas of Europe and Asia. Highly Recommended."--Choice "These differing, though complementary perspectives, inform Dahlquist's brilliantly edited collection on White without carelessly valorizing her status as an early screen icon. The historical accounts are vivid and convincing, while the influence on artistic and theoretical movements is superbly rendered."--Slant Magazine

Marina Dahlquist is an associate professor of cinema studies at Stockholm University.

CoverTitle PageCopyrightContentsAcknowledgmentsIntroduction: Why Pearl?1. Changing Views and Perspectives: Translating Pearl White's American Adventures in Wartime France2. "The Best-Known Woman in the World": Pearl White and the American Serial Film in Sweden3. Pearl, the Swift One, or the Extraordinary Adventures of Pearl White in France4. "The Most Assassinated Woman in the World": Pearl White and the First Avant-Garde5. Fascinations for the Nation: American Serial Film, Czechoslovakia, and the Afterlives of Pearl6. Not Quite (Pearl) White: Fearless Nadia, Queen of the Stunts7. From Pearl White to White Rose Woo: Tracing the Vernacular Body of nuxia in Chinese Silent CinemaContributorsIndex