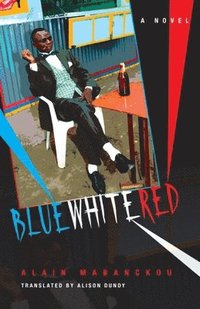 av Alain Mabanckou
Häftad Engelska, 2013-02-08
169
Köp
Spara som favorit
Skickas inom 10-15 vardagar.
Fri frakt inom Sverige för privatpersoner.
Finns även som
Visa alla 1 format & utgåvor
This tale of wild adventure reveals the dashed hopes of Africans living between worlds. When Moki returns to his village from France wearing designer clothes and affecting all the manners of a Frenchman, Massala-Massala, who lives the life of a humble peanut farmer after giving up his studies, begins to dream of following in Moki's footsteps. Together, the two take wing for Paris, where Massala-Massala finds himself a part of an underworld of out-of-work undocumented immigrants. After a botched attempt to sell metro passes purchased with a stolen checkbook, he winds up in jail and is deported. Blue White Red is a novel of postcolonial Africa where young people born into poverty dream of making it big in the cities of their former colonial masters. Alain Mabanckou's searing commentary on the lives of Africans in France is cut with the parody of African villagers who boast of a son in the country of Digol.
Visa hela texten

"Mabanckou dazzles with technical dexterity and emotional depth. Vulnerability beckons in this masterful story about a world we always knew was too good to be true, yet reminds us that new skies appear and new seasons begin. (Starred review)" * Publishers Weekly * "Alain Mabanckou can be defined as the 'clear guide' of a new generation of Congolese writers." * Infopagecongo * "Mabanckou's provocative novel probes the many facets of the 'migration adventure,' including the shame that accompanies migrants home when their foreign sojourn ends in failure." * Booklist * "Blue White Red stands at the beginning of the author's remarkable and multifaceted career as a novelist, essayist and poet...this debut novel shows much of his style and substance in remarkable ways...Dundy's translation is excellent." * Africa Book Club * "Alain Mabanckou counts as one of the most successful voices of young African literature in the French language." -- Ulrich Schreiber * Internationales literaturfestival berlin *

Alain Mabanckou is the author of several prize-winning novels, including Memoires de porc-epic (Memoirs of a Porcupine). Blue White Red is winner of the Grand Prix Litteraire de l'Afrique Noire. He is Professor of French and Francophone Studies at the University of California, Los Angeles. Alison Dundy lives in New York City and works as a librarian, archivist, and translator. She has also translated Sony Labou Tansi's Life and a Half (IUP, 2011).