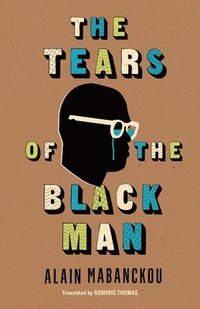 The Tears of the Black Man

av Alain Mabanckou
Häftad Engelska, 2018-07-11
179
Köp
Spara som favorit
Skickas inom 10-15 vardagar.
Fri frakt inom Sverige för privatpersoner.
Finns även som
Visa alla 2 format & utgåvor
In The Tears of the Black Man, award-winning author Alain Mabanckou explores what it means to be black in the world today. Mabanckou confronts the long and entangled history of Africa, France, and the United States as it has been shaped by slavery, colonialism, and their legacy today. Without ignoring the injustices and prejudice still facing blacks, he distances himself from resentment and victimhood, arguing that focusing too intensely on the crimes of the past is limiting. Instead, it is time to ask: Now what? Embracing the challenges faced by ethnic minority communities today, The Tears of the Black Man looks to the future, choosing to believe that the history of Africa has yet to be written and seeking a path toward affirmation and reconciliation.
Visa hela texten