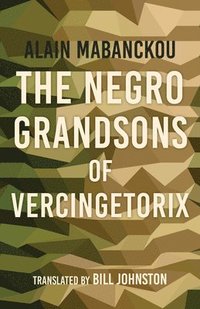 The Negro Grandsons of Vercingetorix

av Alain Mabanckou
Häftad Engelska, 2019-10-01
159
Köp
Spara som favorit
Skickas inom 7-10 vardagar.
Fri frakt inom Sverige över 159 kr för privatpersoner.
Set in the imaginary African Republic of Vietongo, The Negro Grandsons of Vercingetorix begins when conflict breaks out between rival leaders and the regional ethnic groups they represent. Events recorded in a series of notebooks under the watchful eye of Hortense Lloki show how civil war culminates in a series of outlandish actions perpetrated by the warring parties' private militias-the Anacondas and the Romans from the North who have seized power against Vercingetorix (named after none other than the legendary Gallic warrior who fought against Caesar's army) and his Little Negro Grandsons in the South who are eager to regain control. Award-winning author Alain Mabanckou is at his satiric best in this novel that catalogues the pain and suffering caused by the ravages of civil war. Translated into English for the first time, this novel provides a gritty slice of life in an active war zone.
Visa hela texten

"Nearly twenty years removed from its French publication, Mabanckou's aptitude for characterization and his unflinching glimpse of plight echo within every movement of Vercingetorix. With The Negro Grandsons of Vercingetorix, Mabanckou stresses that even as violence is an accomplice to life, perseverance is synonymous." * World Literature Today *

Alain Mabanckou is a Franco-Congolese author and Professor of French and Francophone Studies at the University of California, Los Angeles. His novels include Blue White Red, African Psycho, Broken Glass, Memoirs of a Porcupine, Black Bazaar, Tomorrow I'll Be Twenty, and The Lights of Pointe-Noire. He is the recipient of numerous literary prizes such as the Grand Prix Litteraire de l'Afrique noire, Prix Renaudot, Prix Georges Brassens, and the Grand Prix de Litterature Henri Gal from the Academie Francaise for his life's work. Bill Johnston's most recent translations include Adam Mickiewicz's epic poem Pan Tadeusz and Julia Fiedorczuk's Oxygen from the Polish, as well as Jeanne Benameur's The Child Who from the French. He has received numerous awards for his work, including the PEN Translation Prize, the Best Translated Book Award, and the Found in Translation Prize. He teaches literary translation at Indiana University.