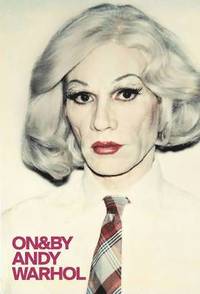 On&By Andy Warhol is the rare reference book that can serve as an introduction to the wide range of Warhol's work and influence on contemporary culture, as well as a deeper investigation for Warhol enthusiasts like myself, who are always looking for that hidden anecdote to reveal more about this near mythical figure.--Michael Nirenberg, PopMatters--

Gilda Williams is an art critic and London correspondent for Artforum. She teaches at Goldsmiths College (University of London) and Sotheby's Institute of Art, London.