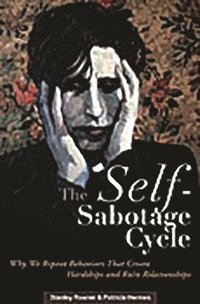 Why We Repeat Behaviors That Create Hardships and Ruin Relationships

av Stanley Rosner, Patricia Hermes
Inbunden Engelska, 2006-10-01
749
Köp
Spara som favorit
Skickas inom 10-15 vardagar.
Fri frakt inom Sverige för privatpersoner.
A 12-year-old boy vows he will never do to his future family what his father did by leaving the boy, his sister and mother. Yet, 30 years later, the boy now a man leaves his own family. A young woman who's broken off an abusive relationship is now attracted to the same kind of personality in a potential boyfriend. And an attorney who grew up with an impossible-to-please father takes a job in a firm where the boss thinks praise is never productive. These are the kind of repetitive cycles that Stanley Rosner has seen time and again in his practice across 40 years as a clinical psychologist. A past president of the Connecticut Psychological Association, Rosner examines in this book whether there is for some people a compulsion to repeat self-destructive acts, and what the foundation for that compulsion might be, as well as how it can be changed to afford better, happier living. Assisted by popular author Patricia Hermes, Rosner offers many eye-opening vignettes from his therapy rooms, showing us clearly how early life events can create unconscious dilemmas that move us to repeat the situation in other forms. He aims to show us how we can resolve the issues that linger, explaining how to recognize these issues, then move forward to put them to rest in ways that are not self-sabotaging. What I have to offer, says Rosner, is the opportunity for change.
Visa hela texten

"Rosner, a clinical psychologist, and Hermes, an author, discuss the cycle of self-destruction that affects some people in interpersonal relationships, its causes, and how to recognize and change it. Through stories of cases, they describe repetitive behavior arising from early childhood, in marriage, in child rearing, on the job, and in ways people try to rescue or repent. Addictions and repetition compulsion are also covered." - SciTech Book News "From the viewpoint of clinical practice, the book is an enlightening account of the dynamics of the repetition compulsion--a tendency to repeat certain forms of behavior that are compulsive and destructive at the same time. The authors have offered an in-depth analysis of what causes this form of behavior, the various ways in which it manifests itself and finally suggest ways to overcome it. The book starts with interesting and day-to-day examples of relatively harmless forms of repetitive behavior arousing the curiosity of the reader. Later, the authors go on to describe the more destructive forms of repetitive behavior and its overpowering nature, which often result in hardships in one's interpersonal relationships at work and home....[t]he book is an interesting read and will largely appeal to people inclined towards psychology." - Metapsychology