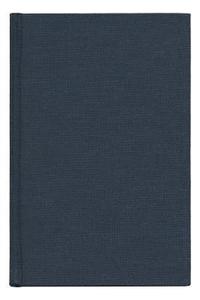 av Maaret Koskinen
Inbunden Engelska, 2015-08-14
1139
Köp
Spara som favorit
Finns även som
Visa alla 3 format & utgåvor
Ingmar Bergman's 1963 film The Silence was made at a point in his career when his stature as one of the great art-film directors allowed him to push beyond the boundaries of what was acceptable to censorship boards in Sweden and the United States. The film's depiction of sexuality was, as Judith Crist wrote at the time in the New York Herald-Tribune, "not for the prudish." Yet Bergman's notebooks and screenplays reveal his tendency for self-censorship, both to dampen the literary quality of his screenwriting and to alter portions of the script that Bergman ultimately deemed too provocative.Maaret Koskinen, a professor of cinema studies and film critic for Sweden's largest national daily newspaper, was the first scholar given access to Bergman's private papers during the last years of his life. Bergman's notebooks reveal the difficulties he experienced in writing for the medium of moving images and his meditations on the relationship (or its lack) between moving images and the spoken or written word. Koskinen's attention to this intermedial framework is anchored in a close reading of the film, focusing on the many-faceted relationships between images and dialogue, music, sound, and silence.The Silence offers filmgoers an entryway into the cinematic, cultural, and sociopolitical issues of its time, but remains a classic - rich enough for scrutiny from a variety of perspectives and methodologies. Koskinen draws a picture of Bergman that challenges the traditional view of him as an auteur, revealing his attempts to overcome his own image as a creator of serious art films by making his work relevant to a new generation of filmgoers. Her exploration of the film touches on issues of censorship and the cinema of small nations, while shedding new light on the shifting views of Bergman and auteurist film, high art, and popular culture.
Visa hela texten

Koskinen's study of the genesis and enactment of The Silence is quite probably the best Bergman case study ever written. It benefits enormously from the writing notebooks shown to the author by Bergman in 1998 and it is almost literally a study of a masterpiece being born. But it is more than that, for Koskinen highlights context and consequences.... This is a brilliant summary of the relationship between the film's creation and the film itself, and shows that Bergman's writing is itself indefinable, part literary, part cinematic, endlessly battling the forbidding link between word and image with great fertility. * Senses of Cinema * The monograph rests on the opening up of a new resource, the Bergman Archive, and Koskinen deserves our gratitude for her role here, in preserving this unique body of work for public access. -- James B. Tueller * The Northern Mariner * . . . more than a major contribution to Bergman studies. It will, I predict, change the way most serious Bergman critics 'read' this film. Seldom do archive work, decades of experience with a text and its author, and theoretical sophistication come together so fruitfully. -- Marilyn Johns Blackwell * Scandinavian-Canadian Studies *

Maaret Koskinen is professor of cinema studies at Stockholm University and the author of several books on Ingmar Bergman's work.

PART ONE Backdrops and Contexts1. National Cinema, Art Film, and the AuteurThe Auteur ContextualizedAntonioni: "That Perpetual Foil to Bergman" Art Versus Business The Auteur as StarThe Art of Reinventing Authorship2. Censorship Issues: Sex, Women, and HollywoodThe Silence at Home: Debate and ControversyThe Silence Abroad: "The Bergman Ballyhoo Era"Gender Issues: Now What About All These Women? Director and Actress: Nudity and Power Relations PART TWO Works in Progress: Intermedial Variations3. In the Beginning Was (the Fear of) the Word: NotebooksFrom Word to Sound . . . to Music and Painting 4. In Between Words and Images: Manuscripts and ScreenplaysEdits: Too Many WordsSex and the City: The Eroticism of LanguageThe Published Screenplay: Senses and SynestheticsExcursion: Flash Forward to a Writer Let LoosePART THREE The Finished Film5. Framing the SensesSounds and Linguistic VoidsBeginnings: Windows and SightsPaintings and Tableaux VivantsThe Phenomenology of Vision: Hotel ExcursionsThe Eroticism of Vision: Mirrors and DoorwaysThe Close-Up: The Bergman IconConclusionProduction NotesFilmographyTranscript of the U.S. Trailer for The SilenceBibliography