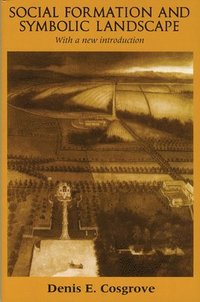 "Should be read and reread by all individuals whose work or interests touch on landscape."--Ronald Rees, Geographical Reviews "One of the more intriguing books by a human geographer in many a long year.... A work of considerable erudition, of delicate, finely tuned artistic judgment, and of bold generalization."--Cole Harris, Canadian Geographer "Every so often a book is written that has the potential to shift the direction of a subfield. This is just such a book.... [It] is not so much about landscape as it is about the idea of landscape, its portrayal in art, and its origin and development in the West since the Renaissance.... [Cosgrove] sees the idea of landscape not only as 'a way of seeing' but as a profoundly ideological concept that reveals the way classes portray themselves and their world through an imagined relationship with nature."--James S. Duncan, Annals of the Association of American Geographers "Cosgrove follows the landscape idea as it is articulated in early Renaissance Italy, in the low countries, in Palladian and then in Industrial England, in America, and finally in the modern world.... His discussion of Italy's social formation at the time of the Renaissance brilliantly interweaves economic and political activities with the development of humanistic culture."--Mona Domosh, Environment and Behavior