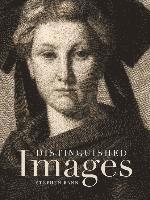 Prints and the Visual Economy in Nineteenth-Century France

av Stephen Bann
Inbunden Engelska, 2013-04-26
529
Köp
Spara som favorit
Skickas inom 7-10 vardagar.
Fri frakt inom Sverige för privatpersoner.
This multifaceted book reviews the vast range of types of printmaking that flourished in France during the 19th century. Studies of this period's printmaking tend to be confined to histories of individual processes, such as lithography or steel engraving. This study surveys the field as a whole and discusses the relationships between the various media in the context of an overall "visual economy." Lithography, etching, and engraving are all examined through new research on noteworthy artists of the period, including Hyacinthe Aubry-Lecomte, Leopold Flameng, Ferdinand Gaillard, Aime de Lemud, Nadar, and Charles Waltner. Rather than simply tracing the rise of Modernism in the 19th century, Distinguished Images reconstitutes the period's cultural milieu through a series of case studies written with an eye to overarching forces at play. The result is the most original analysis of printmaking to appear in many years-a striking new account of a system in which printmaking, printmakers, and art critics played heretofore unrecognized or misunderstood roles.
Visa hela texten

"Offers an extraordinary portrait of printmaking as it evolved over the century."-Marc Gotlieb, Print Quarterly June 2017 -- Marc Gotlieb * Print Quarterly * 'Throughout his career, Stephen Bann has presented perhaps the greatest challenge to traditional historical interpretations of printmaking in nineteenth-century France. His thorough and innovative analysis of prints has complicated and revised the earlier assumption that the medium moved from being chiefly a means of reproduction of images which became obsolescent after the invention of photography, but finally triumphed as an original medium.'-Britany Salsbury, Burlington Magazine -- Britany Salsbury * Burlington Magazine * 'This is. . .an invigorating book, intelligently and attractively realised by the Yale editorial team. It is in every sense a work of distinction, enabling us to see the particular strengths and challenges of printmaking more clearly, touching on everything from the minute cuts and hatchings to the widest cultural ambitions.'-Tom Stammers, Apollo -- Tom Stammers * Apollo * 'A truly great read for anyone interested in how popular imagery has been disseminated into the public consciousness.'-Art & Antiques * Art & Antiques *