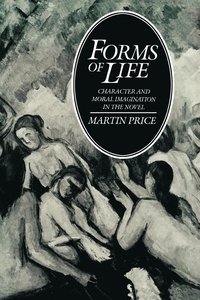 Character and Moral Imagination in the Novel

av Martin Price
Häftad Engelska, 2011-07-15
439
Köp
Spara som favorit
The novel contains imagined lives that achieve a kind of meaning and intensity our own lives do not. Out of the novelist's moral imagination-the breadth and depth of his awareness of human motivations, tensions, and complexities-emerge fictional persons through whom we learn to read ourselves. This eloquent book, exploring fictional lives in crucial moments of choice and change, stresses both their difference from and their deep connections with life. Martin Price writes here about ways in which character has been conceived and presented in the novels of the nineteenth and early twentieth centuries. Beginning with chapters that cogently argue the artistic value of character, Price then deals with the different forms character has taken in individual novels. His first discussions center on authors-Jane Austen, Stendhal, Charles Dickens, George Eliot, and Leo Tolstoy-who define individuals by their adherence or opposition to social norms. The next chapters deal with novelists for whom the moral world is largely internalized. The characters of Henry James, Joseph Conrad, D.H. Lawrence, and E.M. Forster live in society and act upon it, but the authors are particularly concerned with the confusions, terrors, and heroism that lie within consciousness. The last chapter uses novels about the artist by James Joyce, Virginia Woolf, and Thomas Mann in order to apprehend the process by which experience is transformed into art. Avoiding both formalistic and moralistic extremes, this new book by a distinguished critic helps us recover a fuller sense of literary form and the forms of life from which it emerges.
Visa hela texten