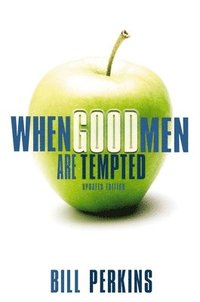 When Good Men Are Tempted

av William Perkins
Häftad Engelska, 2007-08-01
169
Köp
Spara som favorit
Finns även som
Visa alla 1 format & utgåvor
Men know all about their need for sexual purity. What they want is a plan that will enable them to attain it. In the midst of a culture that shouts "Sex!" from every corner, men need a friend to talk honestly about how to master lust and achieve control over this crucial area of their lives.Bill Perkins details a proven biblical strategy for sexual integrity. He shows men how to achieve a purity that will flow from their relationship with God and strengthen their self-respect, the sanctity of their marriage, and the security of their families. Perkins unfolds a three-part plan that will lead men to victory.Updated to address current needs and cultural trends, When Good Men Are Tempted includes the latest information on Internet pornography. It also features "Take Action" strategic steps and questions suitable for individual reflection or discussion in small groups.
Visa hela texten

Bill Perkins's wit, insight, and penetrating stories make him a sought-after speaker for corporate and Christian groups. He has conducted business and leadership seminars across the country for companies such as Alaska Airlines and McDonald's. Bill has appeared on nationally broadcast radio and television shows, including The O'Reilly Factor. He addresses men's groups around the world and has conducted chapels for major league baseball teams. Bill served as a senior pastor for 24 years and is the founder and CEO of Million Mighty Men. He is a graduate of the University of Texas and Dallas Theological Seminary. Bill has authored or collaborated on 20 books, including When Good Men are Tempted, When Young Men are Tempted, The Journey, Six Battles Every Man Must Win, 6 Rules Every Man Must Break, When Good Men Get Angry, and The Jesus Experiment(forthcoming in fall 2011). He and his wife, Cindy, live in West Linn, Oregon. They have three sons and two grandchildren.