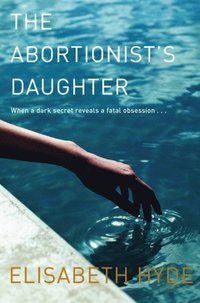 av Elisabeth Hyde
E-bok (EPUB - DRM), Engelska, 2008-09-04
109
Ladda ned
Spara som favorit
Laddas ned direkt
Läs i vår app för iPhone, iPad och Android
Finns även som
Visa alla 2 format & utgåvor
Nineteen-year-old Megan Thompson is beautiful, cool, clever and sexy - and has consequently never been short of boyfriends. She has a love-hate relationship with her mother, Diana Duprey, an abortion doctor and, following the death of her younger brother, has mostly steered clear of family life. That is until the day her defense attorney father calls to tell her that Diana has been found dead in their pool. Young detective Huck Berlin is assigned to the case when the suspicious circumstances of Diana's death emerge. She's a national figure who, by virtue of her career, has made many enemies. Yet when relationships past and present are revealed, they prove to be far more key to understanding exactly what happened to Diana, than anyone has expected. Set in a small town in Colorado, THE ABORTIONIST'S DAUGHTER is a novel about people and their relationships. Raw emotion, basic need and, ultimately, fear lead to an extraordinary catharsis for those whose lives have become so strangely entwined. 'A remarkably lucid and authoritative novelist' John Irving 'Like Anne Tyler, Hyde captures the quirky, heartbreaking core of a character and puts it on the page with shining prose' Publishers Weekly
Visa hela texten