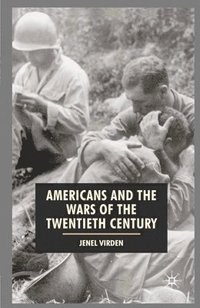 Americans and the Wars of the Twentieth Century

'Effectively describes the successes and failures of the United States to fight within the framework of Just War principles, both on the battlefield and the home front, in the four major wars the nation was engaged in during the Twentieth century.' - Peter Karsten, University of Pittsburgh, USA Choice Outstanding Academic Title for 2008

JENEL VIRDEN is Senior Lecturer, American History at the University of Hull, UK. She is the author of Goodbye-Picadilly: British War Brides in America and currently serves as Secretary General of the European Association for American Studies.