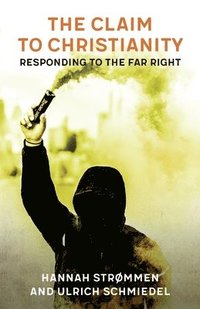 The Claim to Christianity

Responding to the Far Right

av Hannah Strommen, Ulrich Schmiedel
Häftad Engelska, 2020-06-30
307
Köp
Spara som favorit
Finns även som
Visa alla 1 format & utgåvor
The far right is on the rise across Europe, pushing a battle scenario in which Islam clashes with Christianity as much as Christianity clashes with Islam. From the margins to the mainstream, far-right protesters and far-right politicians call for the defence of Europe's Christian culture. The far right claims Christianity. This book investigates contemporary far-right claims to Christianity. Ulrich Schmiedel and Hannah Strommen examine the theologies that emerge in the far right across Europe, concentrating on Norway, Germany and Great Britain. They explore how churches in these three countries have been complicit, complacent or critical of the far right, sometimes intentionally and sometimes unintentionally. Ultimately, Schmiedel and Strommen encourage a creative and collaborative theological response. To counter the far right, Christianity needs to be practiced in an open and open-ended way which calls Christians into contact with Muslims.
Visa hela texten

"I cannot think of a more insightful book about the rise of the Islamophobic far right. Taking the UK, Germany and Norway as case studies, the authors show that laying claim to Christianity is at the heart of today's 'new racism'. Writing as Christians, they combine a powerful critique of the way the church has responded to the far right with a challenge to fellow Christians: claim Christianity back. You do not, however, have to be either a Christian or a theologian to benefit from reading this timely and illuminating book." -- Brian Klug, St Benet's Hall, Oxford "Politics abhors a religious vacuum and so, over recent years, in an atmosphere of alleged secular neutrality, the far-right have used Christianity to legitimise their agenda. It is easy to condemn or dismiss this; much harder to understand and respond to it. But that is what Hannah Strommen and Ulrich Schmiedel attempt here. Discomforting in some places, provocative in others, intelligent and well-researched throughout, The Claim to Christianity is a serious contribution to the growing literature on our new age of religion and politics." -- Nick Spencer, Senior Fellow, Theos Strommen and Schmiedel develop important insights into populism on the left and right in contemporary political discourses of religion. While many close readings of political and religious statements stay at the level of analysis, this book is practice-oriented. Both critical and constructive, it is a timely response to the political catastrophes created by struggles over the meaning and identity of Christianity. Theologians, political scientists, religious activists, and policy makers will benefit from reading it. -- Fatima Tofighi, University of Religions (Qom, Iran) "This book looks set to cause a storm in our churches in Britain, advocating a new liberation theology which confronts the new, and ancient, racism against Islam, Muslims, and many of our other old prejudices such as Antisemitism and prejudice against travellers. It sets up a challenge to churches - that they cannot seek to be neutral moderators of unpleasant politics, but must rather engage with and encourage personal relationships which seek to break down racist propaganda and hatreds." -- Bonnie Evans-Hills, priest in charge of St Margaret's Church, Leven, Scottish Episcopal Church, Churches Together in Britain & Ireland Interfaith Advisory Group, and co-author of Engaging Islam from a Christian Perspective

2 Cementing the Clash: Religion in the European

6 Challenging Churches: From Complacency to

Index of Names and Subjects 200