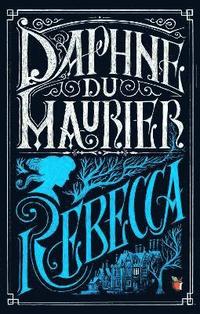 av Daphne Du Maurier
(1 röst)
Häftad Engelska, 2015-07-16
109
Köp
Spara som favorit
Skickas inom 7-10 vardagar.
Gratis frakt inom Sverige över 159 kr för privatpersoner.
Finns även som
Visa alla 8 format & utgåvor
* 'The greatest psychological thriller of all time' ERIN KELLY * 'One of the most influential novels of the twentieth century' SARAH WATERS * 'It's the book every writer wishes they'd written' CLARE MACKINTOSH NOW A MAJOR NETFLIX MOVIE STARRING LILY JAMES, ARMIE HAMMER AND KRISTEN SCOTT THOMAS On a trip to the South of France, the shy heroine of Rebecca falls in love with Maxim de Winter, a handsome widower. Although his proposal comes as a surprise, she happily agrees to marry him. But as they arrive at her husband's home, Manderley, a change comes over Maxim, and the young bride is filled with dread. Friendless in the isolated mansion, she realises that she barely knows him. In every corner of every room is the phantom of his beautiful first wife, Rebecca, and the new Mrs de Winter walks in her shadow.
Visa hela texten

Addictive and breathtaking -- Joanna Briscoe * Independent * I loved the fact that at the start of the story, Rebecca is dead and yet she influences every action and thought of all the other characters in the book. The moment I finished this story, I turned to page one and started it over again. -- Malorie Blackman Her masterpiece . . . Seldom has a dead woman exercised such power beyond the grave. Rebecca will live for ever, because du Maurier touches a fearful nerve -- Kate Saunders * The Times * Excellent entertainment . . . du Maurier created a scale by which modern women can measure their feelings. -- Stephen King As a new generation of readers are introduced to the wicked housekeeper Mrs Danvers and learn Maxim de Winter's terrible secret, this chilling, suspenseful tale is as fresh and readable as it was when it was first written. * Daily Telegraph * It's the perfect winter book, brooding, dangerous and engrossing -- Kit de Waal * Sainsbury's magazine * This 1930s gothic thriller is suspenseful and so well crafted. Its young, nameless heroine marries rich widower Maxim de Winter and returns with him to his mansion, Manderley, only to find the ghost of his first wife, Rebecca, still lingers * Good Housekeeping * I read this book more than twenty years ago, and must have read it a dozen times since. The characters are incredibly vivid, and the twists superb. It's the book every writer wishes they'd written * Clare Mackintosh * What she did was build emotional landscapes that can be entered at will, in which difficult and untamable desires were given free rein. Maybe because of her relationship with gender, she was able to make worlds in which people and even houses are mysterious and mutable, not as they seem; haunted rooms in which disembodied spirits sometimes dance at absolute liberty -- Olivia Laing * Guardian * It is the greatest psychological thriller of all time. I see du Maurier as a forerunner to Patricia Highsmith, Ruth Rendell, Gillian Flynn: she is the giant whose magnificent shoulders the rest of us stand upon -- Erin Kelly Her masterpiece . . . Seldom has a dead woman exercised such power beyond the grave. Rebecca will live for ever because du Maurier touches a fearful nerve, buried deep in the unconscious -- Kate Saunders * The Times * From the opening sentence - "Last night I dreamed I went to Manderley again" - to the final - "And the ashes blew towards us with the salt wind from the sea" - I was hooked ... Rebecca is one of the underrated classics of the 20th century ... Rebecca is a masterpiece in which du Maurier pulls off several spectacular high-wire acts that many great writers wouldn't attempt -- Jim Crace * Guardian * A mesmerising novel which reveals more on each reading -- Helen Dunmore A brilliantly constructed novel - the ultimate in psychological suspense, instantly gripping and haunting, Rebecca will stay with you for ever. -- Alex Barclay * Psychologies * With one of the most evocative first lines ever, Daphne du Maurier's fifth novel has everything a reader could ask for . . . Psychologically astute and disturbingly romantic, Rebecca was an immediate bestseller on publication in 1938 and has cast a sinister spell ever since * Marie Claire * Addictive and breathtaking. Its blending of melodrama and subtlety is ingenious. The Cornish setting never quite leaves the imagination * Independent * One of the most influential novels of the twentieth century, Rebecca has woven its way into the fabric of our culture with all the troubling power of myth or dream. A stunning book -- Sarah Waters

Daphne du Maurier (1907-89) was born in London, the daughter of the famous actor-manager Sir Gerald du Maurier and granddaughter of George du Maurier, the author and artist. In 1931 her first novel, The Loving Spirit, was published. A biography of her father and three other novels followed, but it was the novel Rebecca that launched her into the literary stratosphere and made her one of the most popular authors of her day. In 1932, du Maurier married Major Frederick Browning, with whom she had three children. Many of du Maurier's bestselling novels and short stories were adapted into award-winning films, including Alfred Hitchcock's The Birds and Nicolas Roeg's Don't Look Now. In 1969 du Maurier was awarded a DBE. She lived most of her life in Cornwall, the setting for many of her books.