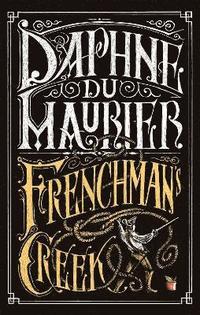 av Daphne Du Maurier
Häftad Engelska, 2015-07-16
109
Köp
Spara som favorit
Finns även som
Visa alla 5 format & utgåvor
The Restoration Court knows Lady Dona St Columb to be ripe for any folly, any outrage that will alter the tedium of her days. But there is another, secret Dona who longs for freedom, honest love - and sweetness, even if it is spiced with danger. To escape the shallowness of court life, Dona retreats to Navron, her husband's remote Cornish estate. There, she seeks peace in its solitary woods and hidden creeks. But she finds instead a daring pirate, hunted by all Cornwall, a Frenchman who, like Dona, would gamble his life for a moment's joy. Together, they embark upon a quest rife with danger and glory, one which bestows upon Dona the ultimate choice: sacrifice her lover to certain death or risk her own life to save him.
Visa hela texten

Daphne du Maurier (1907-89) was born in London, the daughter of the famous actor-manager Sir Gerald du Maurier and granddaughter of George du Maurier, the author and artist. In 1931 her first novel, The Loving Spirit, was published. A biography of her father and three other novels followed, but it was the novel Rebecca that launched her into the literary stratosphere and made her one of the most popular authors of her day. In 1932, du Maurier married Major Frederick Browning, with whom she had three children. Many of du Maurier's bestselling novels and short stories were adapted into award-winning films, including Alfred Hitchcock's The Birds and Nicolas Roeg's Don't Look Now. In 1969 du Maurier was awarded a DBE. She lived most of her life in Cornwall, the setting for many of her books.