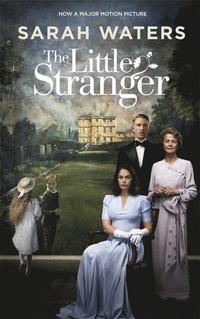 shortlisted for the Booker Prize

av Sarah Waters
Häftad Engelska, 2018-08-16
99
Köp
Spara som favorit
Skickas inom 7-10 vardagar.
Fri frakt inom Sverige över 159 kr för privatpersoner.
Finns även som
Visa alla 2 format & utgåvor
Now a major motion picture starring Domhnall Gleeson, Ruth Wilson, Will Poulter and Charlotte Rampling, and directed by Lenny Abrahamson. Shortlisted for the Man Booker Prize 'Sarah Waters's masterly novel is . . . gripping, confident, unnerving and supremely entertaining' Hilary Mantel In a dusty post-war summer in rural Warwickshire, a doctor is called to a patient at lonely Hundreds Hall. Home to the Ayres family for over two centuries, the Georgian house, once grand and handsome, is now in decline, its masonry crumbling, its gardens choked with weeds, its owners - mother, son and daughter - struggling to keep pace. But are the Ayreses haunted by something more sinister than a dying way of life? Little does Dr Faraday know how closely, and how terrifyingly, their story is about to become entwined with his.
Visa hela texten

Sarah Waters was born in Wales. She has won a Betty Trask Award, the Somerset Maugham Award and her books have been shortlisted for the Man Booker Prize and the Orange Prize. Tipping the Velvet, Affinity, Fingersmith and The Night Watch have been adapted for television. Sarah Waters has been named Author of the Year four times: by the British Book Awards, the Booksellers' Association, Waterstone's Booksellers and the Stonewall Awards. She lives in London. She was awarded an OBE in 2019.