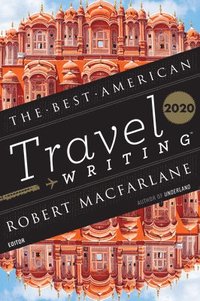 "A rewarding armchair experience of the world at large."--Publishers Weekly "As in previous collections, there's something for everyone... an other-worldly tale that fits in nicely with surrealistic aspects of life under lockdown."--Booklist

ROBERT MACFARLANE, guest editor, is a fellow of Emmanuel College, Cambridge, and writes on environmentalism, literature, and travel for publications including the Guardian, the Sunday Times, and the New York Times. JASON WILSON, series editor, writes regularly for the Washington Post and the New York Times. Wilson has been the series editor of The Best American Travel Writing since its inception in 2000.