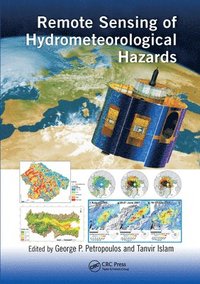 Dr. George P. Petropoulos is an Associate Professor in Remote Sensing & GIS in the Department of Geography & Earth Sciences (DGES) at Aberystwyth University in Wales, UK. He completed his graduate studies (MSc, PhD) at the University of London. Dr. Petropoulos' research focuses on exploiting EO data alone or synergistically with land surface process models for computing key state variables of the Earth's energy and water budget, including energy fluxes and soil surface moisture. He is also conducting research on the application of remote sensing technology to land cover mapping and its changes occurred from either anthropogenic activities or geohazards (mainly floods, wildfires, frost). Dr. Petropoulos serves as a Council member and Trustee of the Remote Sensing & Photogrammetric Society (RSPSoC), he is Associate Editor and Editorial Board Member on several international peer-reviewed scientific journals in EO and environmental modelling. He has also convened the organisation of several scientific specialised sessions at international conferences. He is Editor/co-editor of 3 other books and co-author +55 peer-reviewed journal articles. He has developed fruitful collaborations with key scientists in his area of specialisation globally, and his research work so far has received international recognition via several noteworthy awards he has obtained. Tanvir Islam is with the NASA Jet Propulsion Laboratory and specializes in remote sensing observations. Presently, he is engaged with the development of advanced microwave calibration and retrieval algorithms for NASA's Earth observing missions. Prior to joining NASA/JPL in 2015, he was with the NOAA/ NESDIS/STAR and worked on the development of satellite remote sensing algorithms, with an emphasis on microwave variational inversion techniques (2013-2015). He also held visiting scientist positions at the University of Tokyo, Japan as part of the NASA/ JAXA precipitation measurement missions (PMM) algorithm development team, in 2012 and at the University of Calgary, Alberta, Canada in 2015. He earned his PhD in remote sensing at the University of Bristol, Bristol, United Kingdom in 2012.