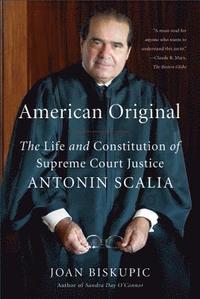 av Joan Biskupic
Häftad Engelska, 2010-08-01
305
Köp
Spara som favorit
If the U.S. Supreme Court teaches us anything, it is that almost everything is open to interpretation. Almost. But what's inarguable is that, while the Court has witnessed a succession of larger-than-life jurists in its two-hundred-plus-year history, it has never seen the likes of Supreme Court Justice Antonin Scalia.

Combative yet captivating, infuriating yet charming, the outspoken jurist remains a source of curiosity to observers across the political spectrum and on both sides of the ideological divide. But for all his public grandstanding, Scalia has managed to elude biographers-until now. In American Original: The Life and Constitution of Supreme Court Justice Antonin Scalia, the veteran Washington journalist Joan Biskupic presents for the first time a detailed portrait of this complicated figure and provides a comprehensive narrative that will engage Scalia's adherents and critics alike. Drawing on her long tenure covering the Court and on unprecedented access to the justice, Biskupic delves into the circumstances of his rise and the formation of his rigorous approach on the bench. This book shows us the man in power: his world, his journey, and the far-reaching consequences of a transformed legal landscape.
Visa hela texten