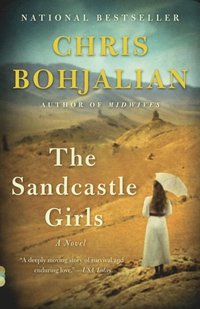 av Chris Bohjalian
E-bok (EPUB - DRM), Engelska, 2012-07-17
149
Ladda ned
Spara som favorit
Laddas ned direkt
Läs i vår app för iPhone, iPad och Android
From the bestselling author of Midwives, here is a sweeping historical love story that probes the depths of love, family, and secrets amid the Armenian Genocide during WWI.When Elizabeth Endicott arrives in Aleppo, Syria, she has a diploma from Mount Holyoke, a crash course in nursing, and only the most basic grasp of the Armenian language. It?s 1915, and Elizabeth has volunteered to help deliver food and medical aid to refugees of the Armenian Genocide during the First World War. There she meets Armen, a young Armenian engineer who has already lost his wife and infant daughter. After leaving Aleppo and traveling into Egypt to join the British Army, he begins to write Elizabeth letters, realizing that he has fallen in love with the wealthy young American.  Years later, their American granddaughter, Laura, embarks on a journey back through her family?s history, uncovering a story of love, loss?and a wrenching secret that has been buried for generations.
Visa hela texten