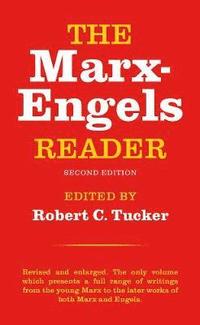 Friedrich Engels was born in 1820, in the German city of Barmen. He died in London in 1895 while editing the fourth volume of Capital. Karl Marx studied law and philosophy at the universities of Bonn and Berlin, completing his doctorate in 1841. Expelled from Prussia in 1844, he took up residence first in Paris and then in London where, in 1867, he published his magnum opus Capital. A co-founder of the International Workingmen's Association in 1864, Marx died in London in 1883. Robert C. Tucker is professor of politics emeritus at Princeton University and past president of the American Association for the Advancement of Slavic Studies.