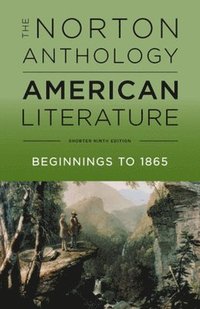 The Norton Anthology of American Literature

Robert S. Levine (Ph.D. Stanford) is Distinguished University Professor of English and Distinguished Scholar-Teacher at the University of Maryland, College Park. He is the author of Conspiracy and Romance: Studies in Brockden Brown, Cooper, Hawthorne, and Melville; Martin Delany, Frederick Douglass, and the Politics of Representative Identity; and Dislocating Race and Nation: Episodes in Nineteenth-Century American Literary Nationalism. He has edited a number of books, including The Cambridge Companion to Herman Melville; Martin R. Delany: A Documentary Reader; Hemispheric American Studies; and a Norton Critical Edition of Hawthorne's The House of the Seven Gables.