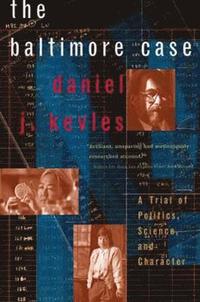 A Trial of Politics, Science, and Character

av Daniel J Kevles
Häftad Engelska, 2000-01-01
279
Köp
Spara som favorit
David Baltimore won the Nobel Prize in medicine in 1975. Known as a wunderkind in the field of immunology, he rose quickly through the ranks of the scientific community to become the president of the distinguished Rockefeller University. Less than a year and a half later, Baltimore resigned from his presidency, citing the personal toll of fighting a long battle over an allegedly fraudulent paper he had collaborated on in 1986 while at MIT. From the beginning, the Baltimore case provided a moveable feast for those eager to hold science more accountable to the public that subsidizes its research. Did Baltimore stonewall a legitimate government inquiry? Or was he the victim of witch hunters? The Baltimore Case tells the complete story of this complex affair, reminding us how important the issues of government oversight and scientific integrity have become in a culture in which increasingly complicated technology widens the divide between scientists and society.
Visa hela texten

Daniel J. Kevles, the Stanley Woodward Professor of History at Yale University, taught American history for many years at the California Institute of Technology. He has written extensively on the history of science and its relationship to American politics and society in the twentieth century. His works include The Physicists: The History of a Scientific Community in Modern America and In the Name of Eugenics: Genetics and the Uses of Human Heredity. He is a member of the American Philosophical Society and the Society of American Historians and is currently a Distinguished Lecturer of the Organization of American Historians.