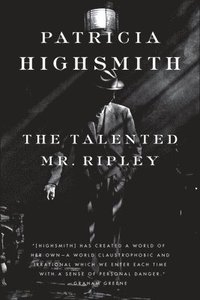 Murder, in Patricia Highsmith's hands, is made to occur almost as casually as the bumping of a fender or a bout of food poisoning. This downplaying of the dramatic... has been much praised, as has the ordinariness of the details with which she depicts the daily lives and mental processes of her psychopaths. Both undoubtedly contribute to the domestication of crime in her fiction, thereby implicating the reader further in the sordid fantasy that is being worked out. --Robert Towers"