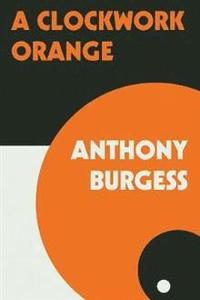 Looks like a nasty little shocker, but is really that rare thing in English letters: a philosophical novel. A terrifying and marvelous book.--Roald Dahl A very funny book.--William S. Burroughs A fine farrago of outrageousness.... If you don't take to it all, then I can't resist calling you a starry ptitsa who can't viddy a horrorshow veshch when it's in front of your glazzies. And yarbles to you.--Kingsley Amis One of the most groundbreaking and influential novels of all time?and one of the best.--Irvine Welsh A nasty little shocker.--Times Literary Supplement All Mr. Burgess's powers as a comic writer, which are considerable, have gone into the rich language of his inverted Utopia.--Malcolm Bradbury Extraordinary technical feat.--New Statesman A Clockwork Orange... is a book that can still be read with steady pleasure, continuous amusement and--at times--incredulous admiration.--Martin Amis

Anthony Burgess (1917-1993) is the author of many works, including The Wanting Seed, Nothing Like the Sun, and Re Joyce. On David Bowie's Book List, A Clockwork Orange is a 100 best novels of Time magazine and Modern Library.