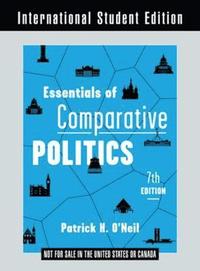 Patrick H. O'Neil is Professor of Politics and Government at the University of Puget Sound in Tacoma, Washington. He received his Ph.D. in Political Science from Indiana University. Professor O'Neil's teaching and research interests are in the areas of authoritarianism and democratization. His past research focused on Eastern Europe, and his current research deals with the Middle East, particularly Iran. His publications include Revolution from Within: The Hungarian Socialist Worker's Party "Reform Circles" and the Collapse of Communism and Communicating Democracy: The Media and Political Transitions (editor).