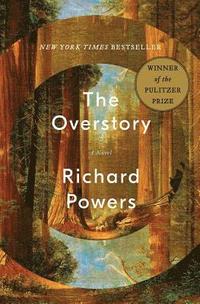 This book is beyond special. Richard Powers manages to turn trees into vivid and engaging characters, something that indigenous people have done for eons but that modern literature has rarely if ever even attempted. It's not just a completely absorbing, even overwhelming book; it's a kind of breakthrough in the ways we think about and understand the world around us, at a moment when that is desperately needed.--Bill McKibben Remarkable....This ambitious novel soars up through the canopy of American literature and remakes the landscape of environmental fiction.--Ron Charles A big, ambitious epic....Powers juggles the personal dramas of his far-flung cast with vigor and clarity. The human elements of the book--the arcs his characters follow over the decades from crusading passion to muddled regret and a sense of failure--are thoroughly compelling. So are the extra-human elements, thanks to the extraordinary imaginative flights of Powers's prose, which persuades you on the very first page that you're hearing the voices of trees as they chide our species.--Michael Upchurch A rousing, full-throated hymn to Nature's grandeur.--Dan Cryer Powers is the rare American novelist writing in the grand realist tradition, daring to cast himself, in the critic Peter Brooks's term, as a 'historian of contemporary society.' He has the courage and intellectual stamina to explore our most complex social questions with originality, nuance, and an innate skepticism about dogma. At a time when literary convention favors novelists who write narrowly about personal experience, Powers's ambit is refreshingly unfashionable, restoring to the form an authority it has shirked.--Nathaniel Rich The Overstory is a visionary, accessible legend for the planet that owns us, its exaltation and its peril, a remarkable achievement by a great writer.--Thomas McGuane The Overstory, a novel about trees and people who understand them, is the eco-epic of the year and perhaps the decade. Unlike the Lorax, who spoke for the trees, Richard Powers prefers to let them do their own talking.--Leanne Shapton, judge for the Man Booker Prize

Richard Powers is the author of twelve novels, most recently The Overstory. He is the recipient of a MacArthur Fellowship and the National Book Award, and he has been a Pulitzer Prize and four-time National Book Critics Circle Award finalist. He lives in the foothills of the Great Smoky Mountains.