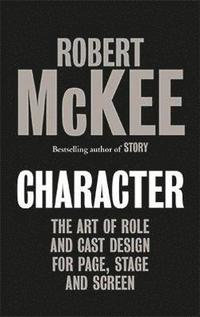 The Art of Role and Cast Design for Page, Stage and Screen