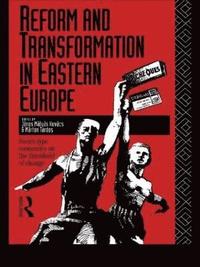 Reform and Transformation in Eastern Europe

Soviet-type Economics on the Threshold of Change

"This short monograph is an excellent example of the application of the transaction cost paradigm to our understanding of the internationalism of a particular industry . . . the most interesting and worthwhile parts were those which identified the industry-specific variables most likely to affect the way in which firms may procure their intermediate products. . . . Altogether, the monograph is to be both commended for its analytic vigour and for its empirical thoroughness." -"The Economic Journal