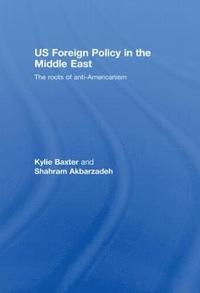 The Roots of Anti-Americanism

av Kylie Baxter, Shahram Akbarzadeh
Inbunden Engelska, 2008-04-01
1599
Köp
Spara som favorit
Finns även som
Visa alla 3 format & utgåvor
Over the last sixty years, Washington has been a major player in the politics of the Middle East. From Iran in the 1950s, to the Gulf War of 1991, to the devastation of contemporary Iraq, US policy has had a profound impact on the domestic affairs of the region. Anti-Americanism is a pervasive feature of modern Middle East public opinion. But far from being intrinsic to 'Muslim political culture', scepticism of the US agenda is directly linked to the regional policies pursued by Washington. By exploring critical points of regional crisis, Kylie Baxter and Shahram Akbarzadeh elaborate on the links between US policy and popular distrust of the United States. The book also examines the interconnected nature of events in this geo-strategically vital region. Accessible and easy to follow, it is designed to provide a clear and concise overview of complex historical and political material. Key features include: maps illustrating key events and areas of discontent text boxes on topics of interest related to the Arab/Israeli Wars, Iranian politics, foreign interventions in Afghanistan and Iraq, the wars of the Persian Gulf, September 11 and the rise of Islamist movements further reading lists and a selection of suggested study questions at the end of each chapter.
Visa hela texten

Introduction 1. The Middle East in the Colonial Period 2. Great Power Influences, Zionism and the Middle East 3. Israel and the Arabs at war: Superpower Dimensions and the Israeli-US Alliance 4. Islamism and the Iranian Revolution 5. Proxy war: the Superpowers in Afghanistan 6. Wars in the Persian Gulf 7. Israel and Palestine: the failure to find peace & the role of the US 8. The Iraq 'Adventure' and Arab perceptions of the US Conclusion