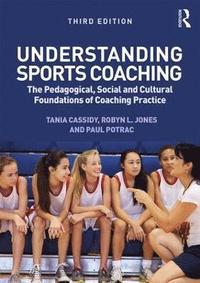 The Pedagogical, Social and Cultural Foundations of Coaching Practice

"The field of sports coaching is in need of more texts akin to Understanding Standing Sports Coaching, especially if it is to develop the critical, imaginative, caring and thoughtful practitioners that this 'profession' so desperately requires. For me, this book should be a core reading on any undergraduate programme that is seeking to develop graduates with these qualities." - Lee Nelson, Sports Coaching Review