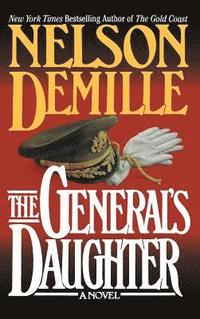 av Nelson Demille
Inbunden Engelska, 1992-11-01
309
Köp
Spara som favorit
Skickas inom 5-8 vardagar.
Fri frakt inom Sverige för privatpersoner.
Finns även som
Visa alla 1 format & utgåvor
Paul Brenner is a member of the Army's elite undercover investigative unit, with the authority to arrest any military person anywhere in the world. He has always wondered just how far he could push his power. He is about to find out. Captain Ann Campbell is the daughter of General "Fighting Joe" Campbell. She is a West Point graduate, beautiful, bright, and the pride of Fort Hadley. Her raped and murdered body is found on the firing range, naked and spread-eagled, her hands and feet bound with tent rope - but there is no sign of a struggle. All of Brenner's instincts tell him to avoid the case. Yet Brenner's natural curiosity is aroused. He takes the case. As if that decision weren't reckless enough, he finds himself teamed with rape specialist Cynthia Sunhill, a woman with whom Brenner once had a tempestuous, ultimately doomed affair and with whom the temperamental sparks still flare. Together, they will discover the truth about the brass above them: that beneath the neatly pressed uniforms, the military codes of honor, pride, and order hide a corruption as rank as Ann Campbell's own astonishing secret life. Paul and Cynthia learn that any number of people were sexually, emotionally, and dangerously involved with the Army's "golden girl", and any one of them could have wanted her dead. Far more than a richly plotted murder mystery, Nelson DeMille's The General's Daughter is a resonant and scathing portrayal of military life, demonstrating, unforgettably, how its members are different from - and at the same time, so much like - the rest of us.
Visa hela texten